Invest in a country that has so many assets.

GREECE, THE CRADLE OF CIVILIZATION, REMAINS A FAVOURITE PLACE FOR THE BELGI AN POPULATION.

Despite some darker periods,Greece, the cradle of civilization, remains a favourite place for theBelgian population. With its ancient cities, its philosophy, its linguistic roots but also its landscapesand islands, you will find the corner of paradise you are looking for.Who has never dreamt of its little white houses by the sea, on an island in the Cyclades?

And what if this dream, sometimes fulfilled during a holiday, became a long-term reality?

Every year, many people fly to the sunny Greek islands of Crete, Kos, Rhodes and Corfu.

Culture lovers also opt for the capital Athens as a travel destination for a citytrip.

The appeal of this country lies in its balance between culture, sunny summer weather and relatively short flight distance. Thanks to the authenticity of the islands,travellers are always surprised by thebeauty of the landscape and its people.

THE ARCHIPELAGO OF THE CYCLADES.

A multitude of islands of breathtaking beauty

THE CYCLADES … THIS ARCHIPELAGO, LOCATED IN THE SOUTHERN AEGEAN SEA,COMPRISES ABOUT 250 ISLANDS AND ROCKY ISLETS. ONLY 24 ISLANDS ARE INHABITED.

The term Cyclades comes from the fact that they form a circle around the sacred island of Delos.The smaller Cyclades, south of Naxos, between the islands of Ilos and Amrogos, are part of theCyclades and include 6 main islands.

And, above all: each island is unique!

INVEST OR ACQUIRE A
PROPERTY IN G REECE

Why is real estate in Greece so profitable?

TO COMBINE A PARTICULARLY ATTRACTIVE PURCHASE PRICE WITH AN INCREASE IN DEMANDTOURIST RENTAL GIVES AN INCREASING PROFITABILITY.

Due to the crisis in 2008, the price of real estate has fallen dramatically.

Although a recovery has been taking place since 2018 with a 20% increase, the price per m² has stillnot recovered its pre-crisis value. Real estate investment is therefore still particularly attractive. For people considering investing in a second home inthe Mediterranean, this is the ideal time to invest.

All the more so as experts see in this progression the beginnings of a boom and go so far as to predicta doubling of prices within the next three to five years!

At the same time Greece is one of the best holiday destinations in Europe. It ranks third in terms ofthe number of tourists relative to the number of inhabitants. Every year, it attracts many tourists seeking to combine cultural visits with sunshine.

THE RETURN IS DUE TO AN ATTRACTIVE TAX SYSTEM

The sun, the white houses, the sea... our eyes are full of images of these bewitching landscapes...

WHAT BENEFITS FOR THE INVESTOR

Since January 1, 2020, the government has put in place new measures to encourage real estate investment:

What are the benefits for the investor?

As mentioned above, in addition to the always advantageous prices, in Greece you can count onreduced additional costs. While they are between 15% and 20% of the price of the property in mostEuropean countries, these (notary fees, registration fees, etc.) are rather in the order of 8% to 10% inthe Hellenic Peninsula.

Greece is also a paradise for the resale of real estate as it does not, until now, tax capital gains.

So, ready for adventure? Real estate investment in Greece remains attractive, but you need to be patient and not fall into the traps.Patrick Coquart BOURSE ET INVESTISSEMENTS 29 AUGUST 2019 Counterpoints

Our selection of properties

Elite Properties International has selected for you a range of exclusive properties to enjoy your business. 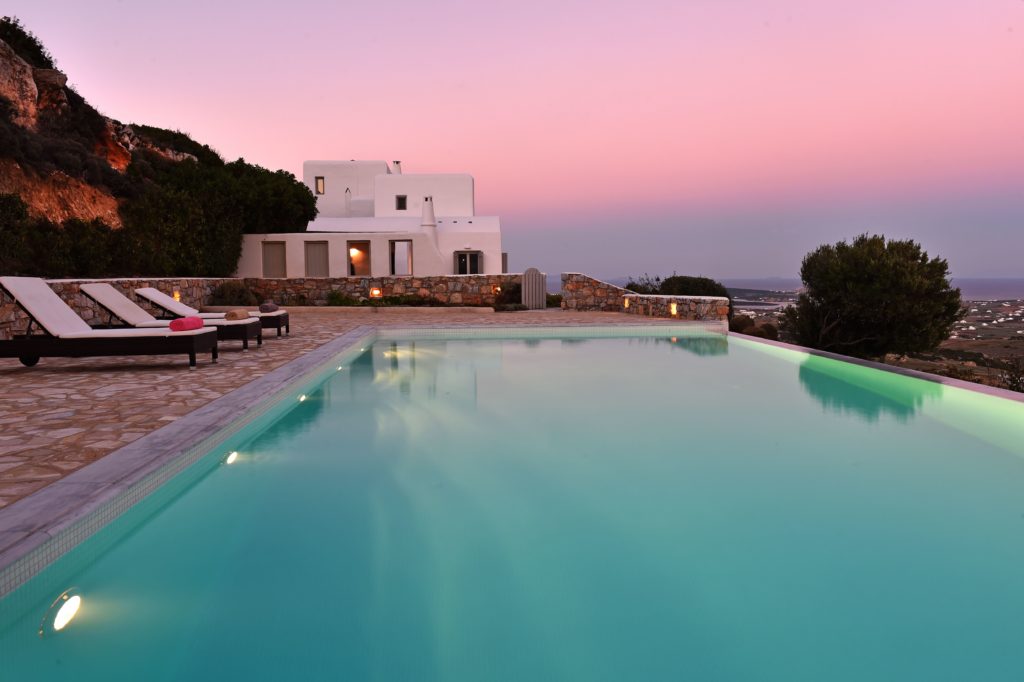 Do you want to buy a villa or an apartment?
Do you need information on one of our services?